Cavs-Celtics-Knicks
What a boring NBA trade deadline, right? Oh wait, did someone say there’s a blockbuster trade going on?! Yes, this year’s NBA trade deadline was quite a yawn; at least it was, until someone decided to put out the Cavs-Celtics-Knicks deal which has resulted in everyone losing their minds. Can it happen? Sure. Will it happen? Probably not, but let’s delve into the possibility anyway.

Knicks
The Knicks hold the most interesting piece because Carmelo Anthony has a no-trade clause in his contract. Plus, if the Knicks do move Anthony, then they are blowing up their roster again, and are going to put talent around the young Kristaps Pozingis. But, what if this trade does happen? Well, the Knicks would be on the receiving end of some draft picks and, some have said, current Cavs big man, Timofey Mozgov.

This trade would be perfect for the Knicks and here’s why: when the Knicks traded for then Toronto Raptors big man Andrea Bargnani, they gave up their 2016 first round pick. They will not be able to add a first rounder alongside Kristaps, unless this trade happens and the Celtics own a plethora of first rounders. Also, Carmelo Anthony isn’t getting younger, so the Knicks should probably move on from him, especially with Kristaps emerging so early in his career. Anthony entered the league with the Big 3, Bosh, LeBron and Wade…he is probably intrigued by playing with LeBron, his buddy, and possibly winning a title.

Celtics
It seems like the Celtics are getting the short end of the stick, or are they? It may sound bad when you think of Kevin Love being traded to the Celtics and being the focal point, especially since the Celtics have plenty of cap space, a winning team, and no big names. Let’s recap some numbers, though, and remember why the Cavs wanted Love in the first place.

Love’s stats in his final season with the Timberwolves consisted of: 26.1 PPG and 12.5 RPG, and he played in 77 games that final season with the Timberwolves. He gets flak for not having big stats, but he’s playing with LeBron and Kyrie, two of the most explosive offensive players in the NBA. With that in mind, what were we expecting? Even Chris Bosh had declines in his numbers when he joined LeBron and Wade. Although when the Big 3 got together, a lot of people suggested Wade was regressing then, and if you go with that theory, then it makes sense Bosh would still have decent offensive numbers; whereas flip the script, Kyrie and LeBron are in their primes, so Love literally competes with them for touches.

While the Celtics would be giving up draft picks, it seems like the pick up of Kevin Love would be beneficial for them. Don’t forget, Love is also in his eighth season, which is still young by NBA standards, and if anyone can get the most out of Kevin Love, it probably is Brad Stevens.

Cavaliers
In all honesty, this is a train wreck trade for the Cavaliers. Why? I’m so glad you asked! Last year, throughout the season and play-offs, one of the big topics was the Cav’s chemistry issues and struggles. Reaching the championship and being competitive, before injuries, helped subside a lot of the chemistry issue talk, until David Blatt was fired. With Blatt being ousted, the can of worms that is the Cav’s chemistry was re-opened, and everything is back to where it was this time last year…only David Blatt isn’t head coach.

This Cavs team is going to win games, they are going to the playoffs, but who really thinks they’re going to win it all? Adding Carmelo doesn’t fix the problem; if anything, it probably makes the problem worse. Think of it this way: Kevin Love was added for his experience, height, and offensive abilities; Carmelo would be added for his experience and offensive abilities. The problematic running flaw? The Cavs already have two ball handlers and scorers in LeBron and Kyrie, so is adding Carmelo’s offensive skill set to replace Love’s offensive skill set really the answer? If the Cavs really want to evaluate the issue, solve the problem and elevate the team, then they need to trade for someone known for defensive prowess, like a Serge Ibaka. No, Ibaka is not going anywhere.

4th Quarter
While this trade sounds nice and will have fans chatting for days about it, it more than likely will not happen. When trade deadlines are slow, it’s always fun to throw ideas into the air and speculate. If anyone is traded anywhere, Dwight Howard has the best chance at being shipped to the Celtics, but even that one is a stretch. If this Cavs-Celtics-Knicks trade happens, it will be this summer when the cap spikes and there’s more time to talk and manage all the moving pieces. 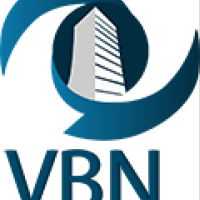